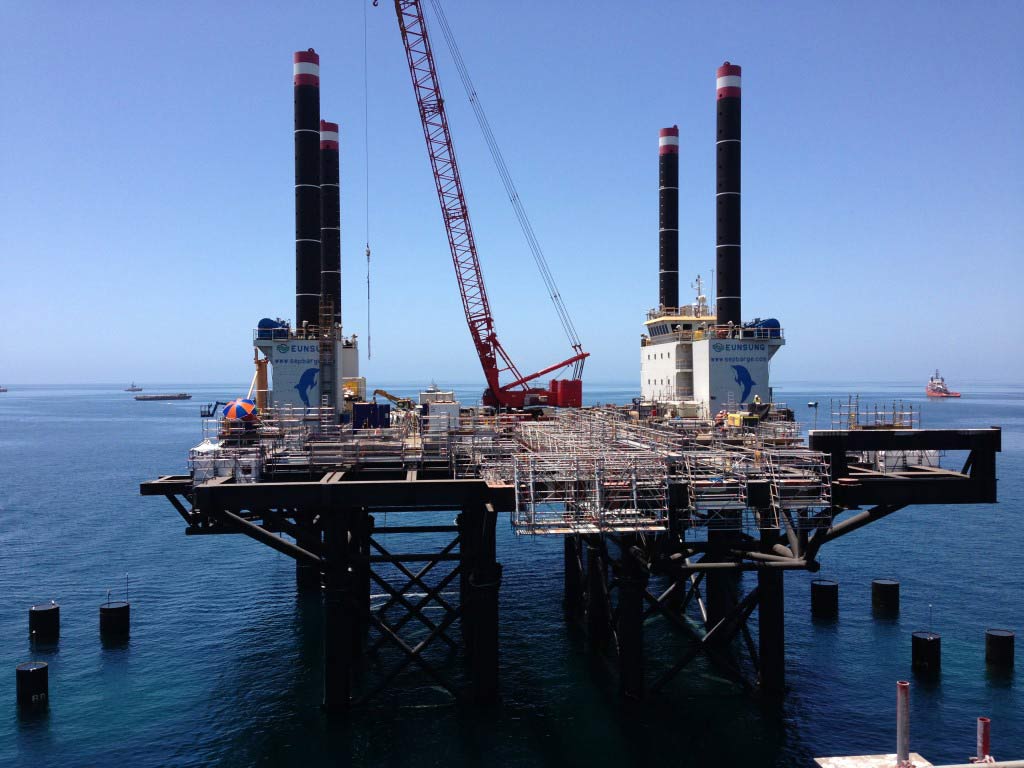 Caledonia Scaffolding undertook work on the Chevron-operated Gorgon Project under a subcontract with Downer EDI Engineering Power Pty Ltd. The contract was in relation to Downer’s Miscellaneous Works Contract on the Gorgon Project, located on Barrow Island off the North West Coast of Western Australia.

The Director of Caledonia Jim Cunningham said he was proud to be working on one of Australia’s largest resources projects:

‘Caledonia is a leading provider of access services in Australia with a proven track record spanning nearly two decades. The award of this contract will secure local jobs in WA both directly and indirectly, including Caledonia’s in house scaffolding traineeship – the first of its kind in Australia’

Caledonia continues to press ahead with scaffolding works for the Saipem Leighton Consortium (“SLC”) during the execution of its LNG Jetty and Marine Structures contract on the Chevron-operated Gorgon Project.

The highlights include undertaking work safely and ahead of schedule at the Australian Marine Complex at Henderson (AMC), as well as Supervision and Management from Caledonia travelling to work sites at Kencana in Malaysia and PT Hanjung in Indonesia to assist SLC with scaffolding operations related to this massive project.

Images include photographs from a recent build at the AMC on jetty caisson number L14. This ten ton Layher scaffold was erected upside down at ground level and lifted into position as per the first photo (1960). It was then placed ‘into’ L14 before being successfully turned as per the second and third photographs. The scaffolding was carefully designed and engineered for this exercise, which once again minimised working at heights in line with SLC’s Construction Safety Essentials.

The East and West Loading platforms (LPE/LPW) each consist of two topsides. These were shipped to location, and then craned into pre-installed jackets. Once installed, scaffolding platforms were required to join the two topsides, and for the removal of the lugs that had been used for craning.

To save time (50% compared to stick build), and avoid the unnecessary risk of working at heights, the scaffolding platforms were designed by Caledonia to be craned into position. Each crane-able section needed to be individually designed to cope with the inconsistent beam locations and protrusions of the topsides.

All modules were prefabricated on land, transported by barge to the LP’s, and craned into position. Each LP required approximately 20 Tonne of scaffold, which took less than 6 days to build and install.

Schedule a consultation with us today